The Yasawa rugby team is the new Vodafone Vanua Champion after edging Macuata 24-17 in the final at Lawaqa Park in Sigatoka today.

Yasawa had the first say, scoring a try 10 minutes into the game.

Macuata earned a penalty try minutes later to level the scores 7-all.

Macuata continued to apply pressure on the Yasawa defense giving them a penalty.

They added three points put them into 10-7 lead at the halftime break.

Yasawa came out firing in the secondhalf and was awarded a penalty try to extend their lead to 14-10.

Macuata replied with another converted try extending their lead to 17-14.

As the game intensified, Yasawa kept their composure and were over again for another try to level the score at 17-all.

Yasawa had the last say, scoring the winning try two minutes to full time to clinch the win, and end at the game at 24-17. 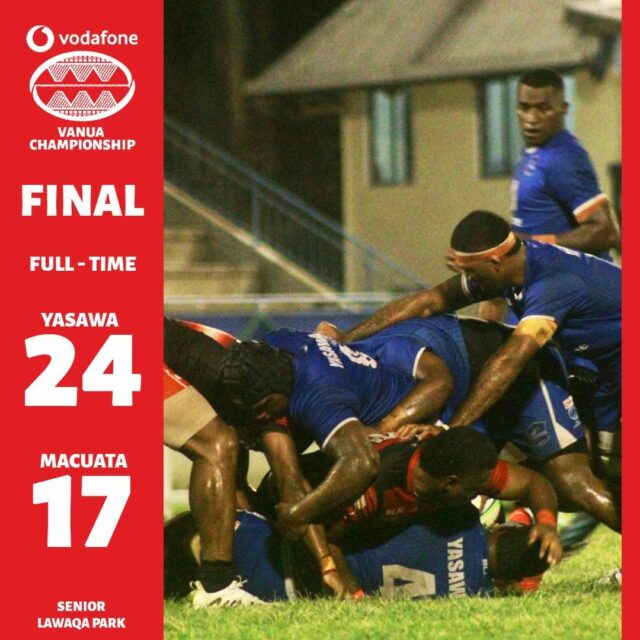