Vargas previously held the WBC junior featherweight title from 2017 to 2019 before being sidelined by injuries. 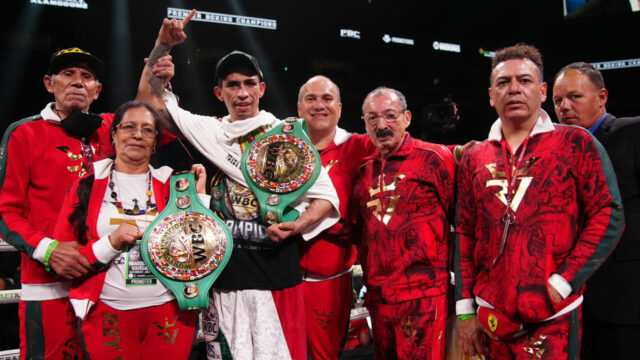 Magsayo started the bout strongly, landing right hands on the much taller Vargas in the first.

Vargas went into cruise control in the middle rounds, using his jab and counter uppercuts to good effect as the 5’6″ Magsayo.

Punch stats favored Vargas, showing him land 196 out of 687 punches to Magsayo’s 132 out of 451 total shots, with both connecting at a 29 percent rate.