While a carton of eggs might be enough to feed a family for a week, they are no match for Dwayne “The Rock” Johnson’s ravenous appetite.

The former professional wrestler enjoyed a plate packed with a dozen eggs scrambled, alongside five US-style biscuits, which are similar to scones in Australia.

The epic meal was then drizzled with generous lashings of syrup to finish it off.

“Sunday morning coming down” he said, as Marvin Gaye’s Let’s Get It On played in the background. 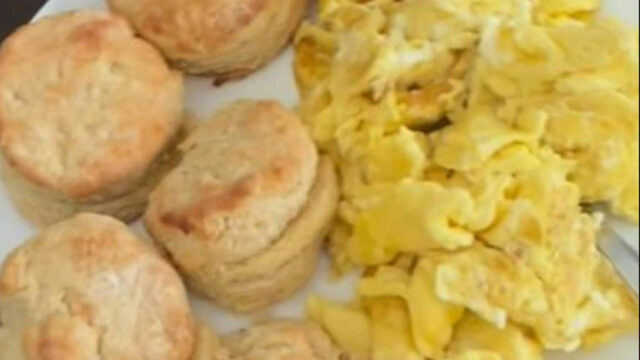 The breakfast included 12 scrambled eggs and five US style biscuits.

“Don’t cheat yourself, treat yourself. Enjoy your cheat meals, my friends.”

With his hectic workout routine, it’s no surprise that The Rock needs a huge breakfast to sustain his muscular 118kg, 196cm physique.

But the enormity of the meal still left his fans shocked. 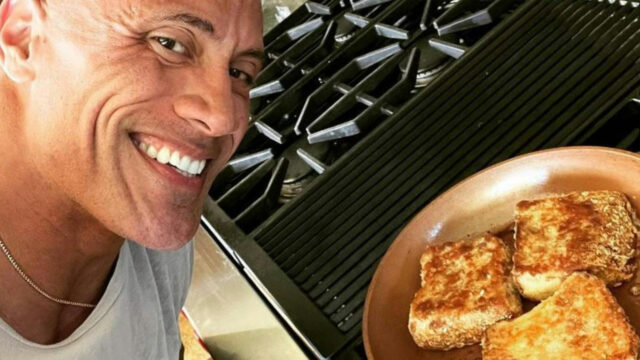 |
French toast is one of the actor’s favourites.

“No thanks, bro. That’s too many biscuits,” one commented. “But I know The Rock can handle it.”

“Damn now I’m hungry!” another said while one person said, “That looks so good.”

The LA-based star is known to love a good “cheat day” and often posts his drool-worthy mega meals to his 327 million Instagram followers.

After 150 days of eating clean, The Rock chowed down on one of his most famous cheat meals, which included 21 brownies, 12 pancakes and four double dough pizzas.

Some of his other indulgent treat days include downing five pints of ice cream, six large sushi platters and eight slices of french toast with apple pie.