The Vodafone Flying Fijians have a slim chance of winning the Pacific Nations Cup title this weekend.

Fiji is third on the PNC standings after two rounds with five points, Australia A is second with seven while unbeaten Samoa sits at the top with 10 points.

The national side will need a bonus-point win against Samoa and hope Australia A goes down to Tonga.

However, a win for Samoa means they claim the PNC title and they’ll not be worried about the Tonga and Australia A result.

If the Australians beat the Ikale Tahi and Samoa loses to Fiji then Australia A wins the PNC trophy.

Another scenario is if Samoa loses to Fiji by a bonus point and Australia A beats Tonga without scoring four tries or more then it’ll come down to points difference between the Seilala Mapusua coached side and the Aussies.

Meanwhile, Flying Fijians Head Coach Vern Cotter says they’ll need to put up a performance they can be proud of.

“Work started early in the week to organize and try to become more accurate on certain lost possession that we had and we’ll try and keep possession and be better organized and connected on the field for this weekend.”

Fiji hosts Samoa at 3.30pm this Saturday at Churchill Park.

The first game between Tonga and Australia A will kick off at 12pm.

You can watch both games LIVE on FBC Sports channel. 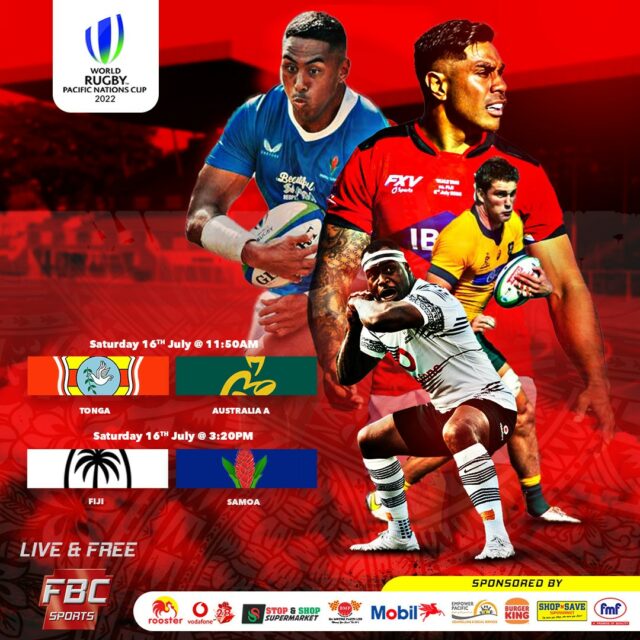