Etonia Rokotuisawa booted Naitasiri to the Skipper Cup final when he slotted a penalty in the first spell of extra time for a 25-22 win at Ratu Cakobau Park in Nausori.

Rokotuisawa nailed six penalties for his side today.

Just like the first semifinal yesterday between Nadi and Suva, today’s clash went down to the wire as well.

It was a repeat of the 2020 semifinal between Naitasiri and Nadroga at the same venue which went into extra time with the same man, Rokotuisawa, kicking the winning penalty. 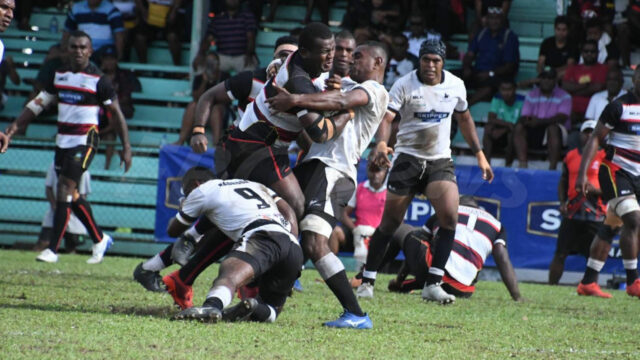 Many didn’t expect a sudden death finish but the two teams showed their class in a thriller.

Naitasiri captain Sireli Kaloucava says they give glory back to where it is due.

“We would like to thank the Nadroga team for the good effort today. We know it was really close but we know it was only God’s favor that we won today.”

Both sides were evenly matched in the first 10 minutes with Naitasiri using Jone Navori, Inoke Ravuiwasa, Sireli Kaloucava, Chris Minimbi and Jale Railala to go through the middle.

During one of their attacking build up inside the Naitasiri half, flyhalf Kini Douglas was taken in a high tackle by Nadroga skipper Ratunaisa Navuma who was later shown a yellow card. 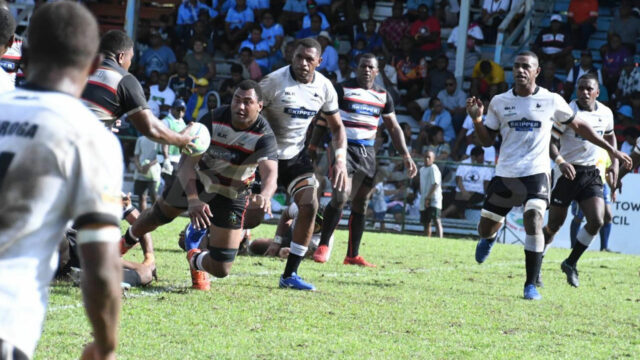 Douglas ran in for a try not too long after that but the television match official ruled there was a forward pass earlier.

However, Rokotuisawa nailed his second penalty for a Nadroga infringement five minutes later before fullback Jack Volavola registered the first points for the Stallions with a successful penalty.

Nadroga tested the Naitasiri scrum in the first half and finally got their try in the 37th minute when number eight Joji Kunavula crashed over after shooting off from the back of the scrum five meters out. 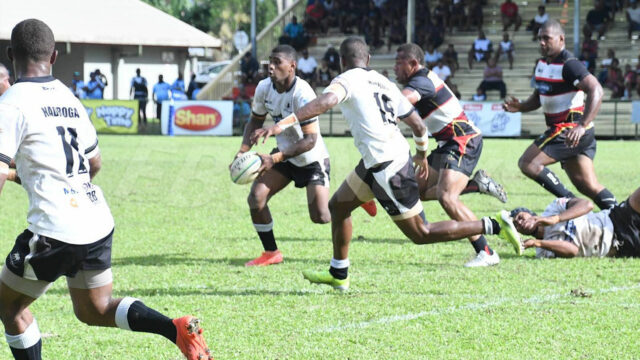 The Highlanders were reduced to 14 men on the stroke of halftime when winger Kaliova Mocetadra was sent off for 10 minutes after a dangerous tackle on Drua and Nadroga prop Timoci Sauvoli.

Trailing 6-10 at halftime, Naitasiri started the second half well with a third successive penalty for Rokotuisawa. 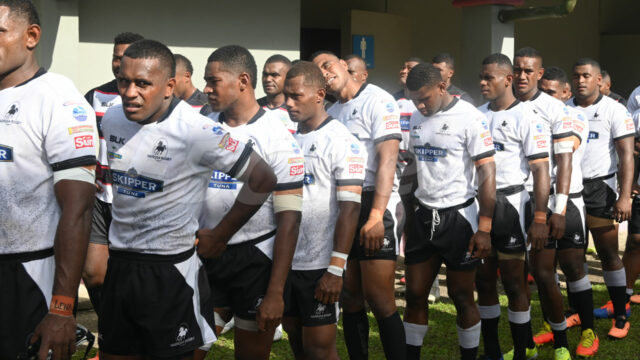 The Naitasiri fullback put them back in the lead with his fourth penalty in the 51st minute as they led 12-10.

Playing in front of the home crowd, Naitasiri lifted the tempo of the match and Douglas was not going to be denied with a try following an earlier break by replacement inside center Uraia Torau with the home crowd leading 19-10.

Veteran Nadroga forward Eremasi Radrodro silenced the Naitasiri crowd with a try which was converted by Volavola for a 19-17 lead to the Hillmen.

However, Nadroga’s joy was short-lived when Rokotuisawa booted another penalty to extend their lead to 22-17.

The match lived up to expectations as Nadroga crossed the Naitasiri line with five minutes remaining but Volavola failed to convert it for a 22-all shoreline.