Rams Cleaning Services Suva football has added some reinforcements to their squad.

The Whites have acquired the services of ni Vanuatu national Ronaldo Wilkins who will add strength to their midfield.

This comes in the departure of midfielder Laisenia Raura who has signed with Nadi.

Meanwhile, former Ba, Suva and Nadi rep Sakaraia Naisua has been cleared to play for Lautoka.

These players are expected to be in action in round 14 of the Digicel Premier League this weekend.

A triple header will be held at Ratu Cakobau Park in Nausori starting at 11.30am between Tailevu Naitasiri and Navua before Rewa meets Nadi at 1.30pm while Suva meets Nasinu at 3.30pm. 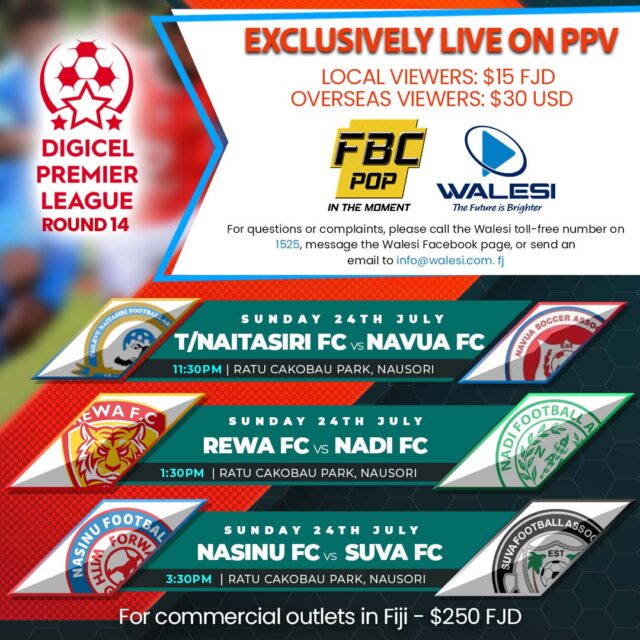