Veteran Sam Dickson, who missed last year’s Olympic Games through injury, will captain the side, and is supported by vice captains, Dylan Collier and Joe Webber.

It will be Dickson and Scott Curry’s third Commonwealth Games appearances.

In a statement, Head Coach Clark Laidlaw says they went into this year with an open mind in terms of looking at players in training and across all the tournaments they’ve played.

He adds several younger players really forced their way into contention with their performances.

Meanwhile, 11 players who won gold for the Blacks Ferns four years ago on the Gold Coast have also been named.

Rugby 7s at the Commonwealth Games kicks off on July 29 at Birmingham, England. 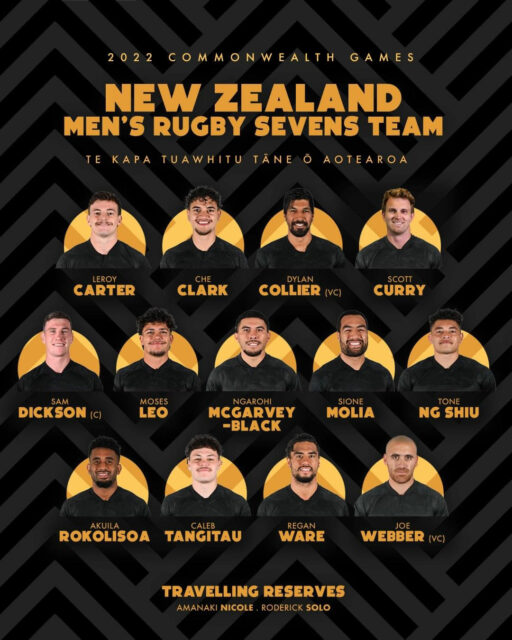