Aliza Hussein’s free-kick could not be saved by the New Caledonia goalkeeper, Irene Nigote

Fiji Kulas capitalized on every opportunity they had with the ball and seemed to be the dominant side throughout the match.

A free-kick from Aliza Hussein saw Fiji take a lead in the 4th minute. 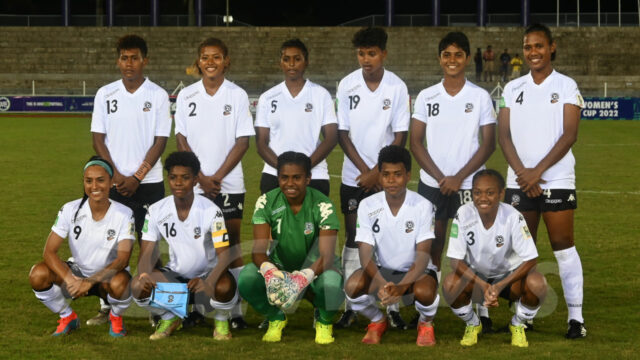 Hussein didn’t need any help with that straight shot at goal which went right past New Caledonia keeper Irene Nigote.

Brilliant saves from Fijis keeper Seruwaia Vasuitoga prevented New Caledonia from getting its much needed finish.

A through ball from Kula’s captain Sofi Diyalowai extended Fijis lead 2-0 just before the breather. 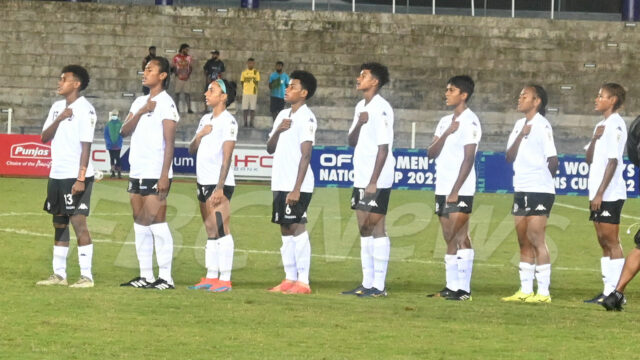 Fiji took a strong start in the second spell, with the ball in their possession, in the first few minutes.

Sofi Diyalowai continued her impressive run with a double in the 55th minute.

A first failed attempt from the captain caused the ball to deflect off a Vanuatu defender. 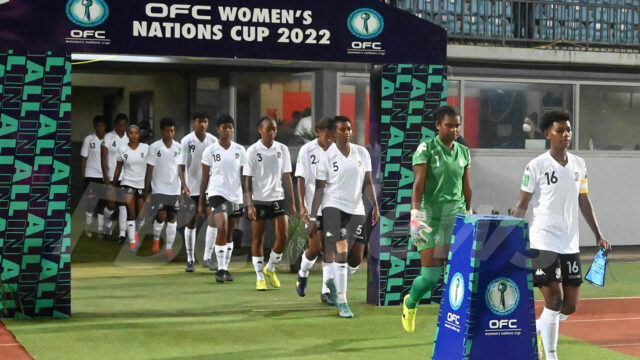 Diyalowai did not hesitate for that second chance which led to a clean goal leaving Fiji in a 3-0 lead.

New Caledonia pulled one back via a penalty to Jackie Pahoa in the 89th minute for a 3-1 final scoreline. 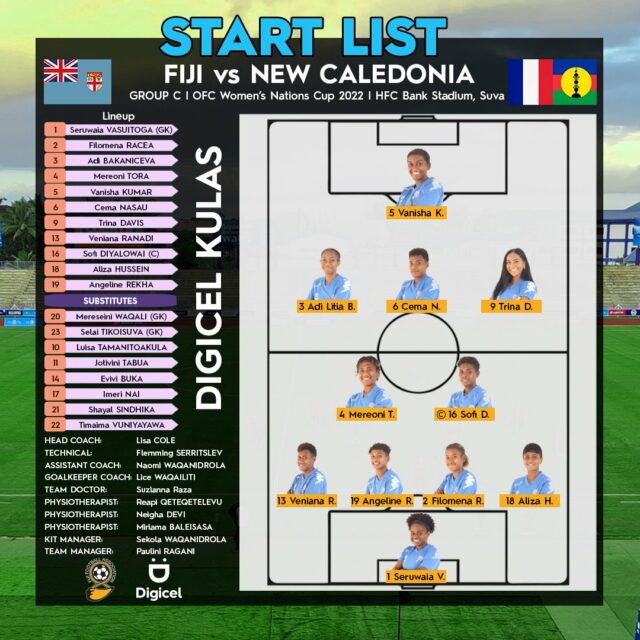 Coach Lisa Cole says the results were a good comeback from their 1-all draw against the Solomon Islands.

“I thought we played good enough to get a good result against Solomon, but it didn’t come because they’re good defending in the way that they played and today we said just to come and out be brave, go after the game and we’re happy with the results”

Fiji will wait for the result of the Solomon Islands’ final group game against New Caledonia on Wednesday to see if they win the group.

Meanwhile, New Caledonia will need a positive result in that same fixture to have any chance of advancing to the final eight.