A new champion will be crowned in the 2022 Skipper Cup tournament as a last minute try by hooker Maikeli Sivo saw them edge defending champions Suva 20-19 in the first semifinal of the Skipper Cup at Prince Charles Park today.

A grandstand finish as the match went right down to the wire, with a spot in the final at stake.

The Jetsetters started off strongly, as they threatened Suva’s line with a few phases however the visitor’s defence was enough to shut down any chance. 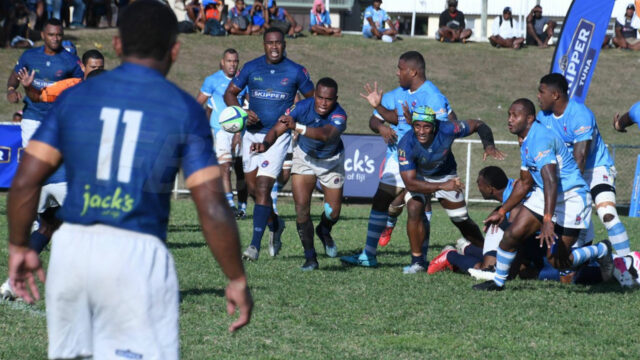 Nadi only managed to get 3 points while in Suva’s territory through the boot of 24-year-old Rafaele Tunidau in the 5th minute.

However, some patient build up from the capital side saw them score the first try of the game in the 18th minute.

A quick recycle from the side just 5 meters from the try line and a nice pass from captain Leone Nawai found right wing Inia Tawalo free on the left who went over for the try.

A few minutes later, Suva got their second try of the match through centre Sakuisa Gavidi with Meli Kurisaru adding the extras.

Defence was a big issue for the host as their opponent had more possession in the final minutes of the first half. 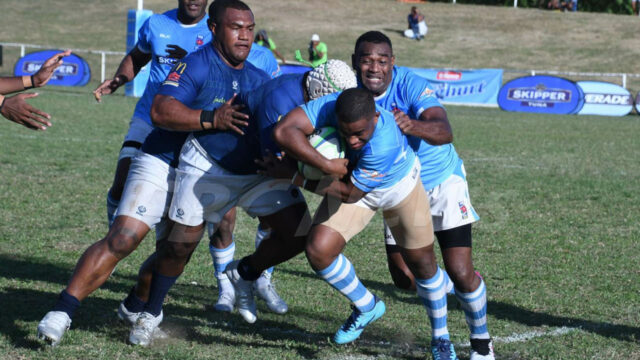 But they were dealt with a huge blow after their try scorer Gavidi was shown a yellow card for a high tackle.

Suva managed to hold on and lead 12-3 at halftime.

In the second spell, Drua fullback and former Fiji 7s player Kitione Taliga sparked Nadi to life with a neat run and pass out to wing Jope Naseyara who got their first try.

Tunidau could not add the extras as they trailed 8-12.

Just when Nadi thought they had closed the gap, poor defence from the side and a superb attack from Suva got Kini Vosailagi free on the right who went over for a brilliant individual try.

Kurisari converted the try to pull away again 19-8.

A few minutes later Nadi was able to cut Suva’s lead again as replacement player Juitasa Nave showcased his power to beat three opponents and dot down for their second try.

Tunidau again could not add the extras.

The try swung the moment towards Nadi who were threatening at times but they were their own worst enemies, with some lose carries.

In the 78th minute, the host were again hot on attack, sniffing for the killer blow with the crowd on their feet and just like that they got a penalty a few meters from Suva’s try line. 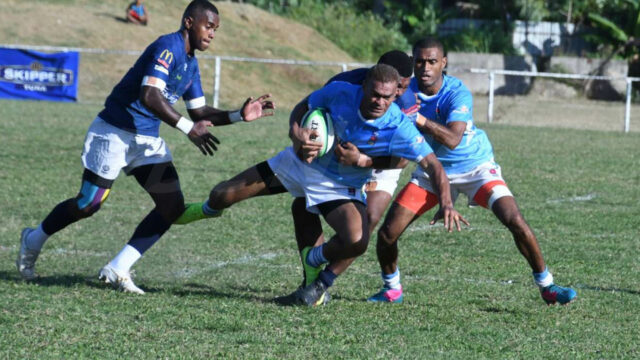 The forwards opting for the old “tap and go” option which paid dividend as hooker Maikeli Sivo who has been playing wonderful crashed over for the try under the post with Taliga kicking the winning conversion.

After 14 years, Nadi are back in the Skipper Cup final after a nail biting clash. 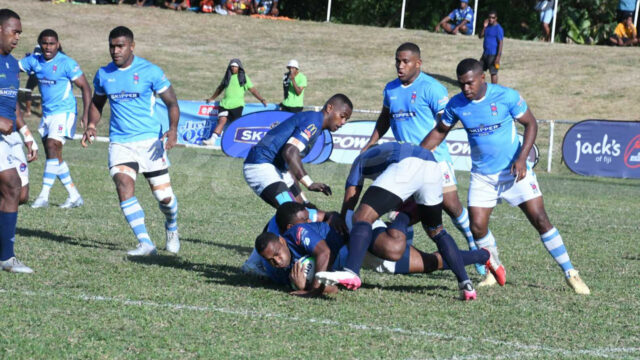