Fijian Drua reps Sorovakatini Tuifagalele and Leone Nawai are in the Suva starting 15 for its Skipper Cup semi-final clash against Nadi this afternoon.

Nawai has been named at halfback while Tuifagalele will wear the number five jersey.

Also returning for the Skipper Cup champs is Captain James Brown who’ll be at the back of the scrum.

The loose forward trio of Brown, Kolinio Tamanitoakula and Mosese Naiova are expected to play a big part in the clash.

Veteran flyhalf Ratu Meli Kurisaru will guide the backline along with Enele Malele at fullback.

Meanwhile, the first game kicks off at 12pm when Nadi plays Nadroga in the first Under-19 semifinal. 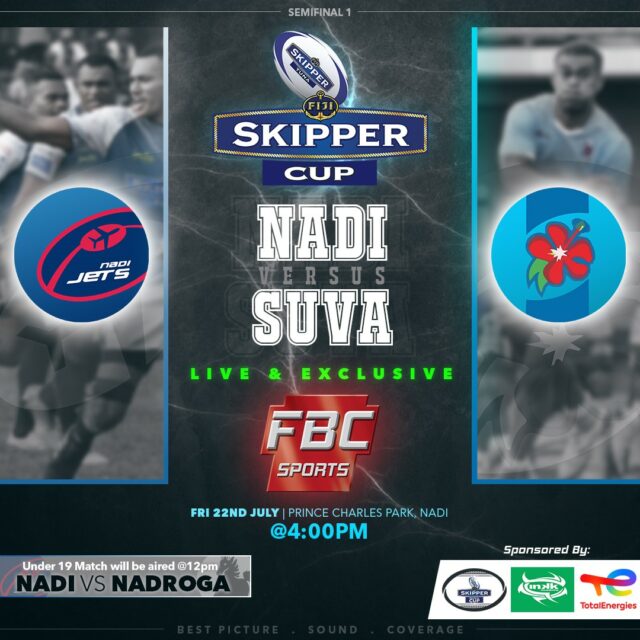 You can watch both games LIVE and EXCLUSIVE on FBC Sports channel. 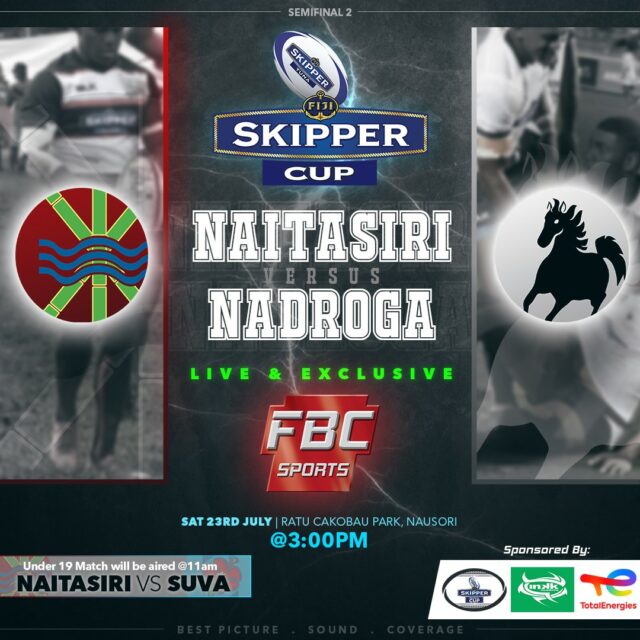