Campaigner, Vishal Prasad says the alliance of climate activists and civil society organizations want regional leaders to endorse the campaign for an advisory opinion on the human rights impacts of climate change at the International Court of Justice. 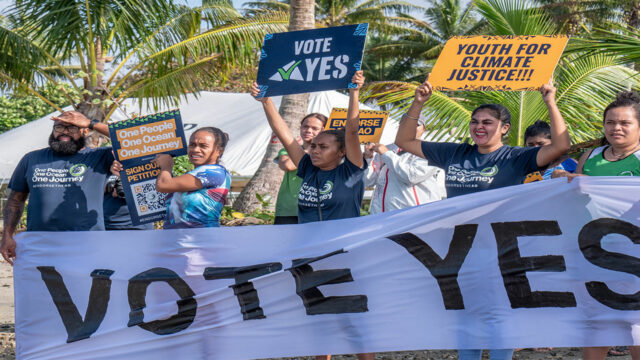 Prasad says the group is hoping this will be discussed at the Pacific Islands Forum in Suva next week.

“We’re standing here to show support for this campaign as grassroot level support in a bid to ask our leaders to also stand in solidarity with us, join us in our vaka as we seek climate justice from the International Court of Justice.”

Prasad says the time for Band-Aid solutions has passed as the impacts of climate change are seen on a daily basis.

Today’s Pacific Solidarity Festival saw more than 20 boats, canoes, and SUPs traverse the Fijian coastline, unfurling an over-water banner, with a chain of participants onshore and in the water joining with banners and chants calling on leaders to support the ICJ Advisory Opinion. 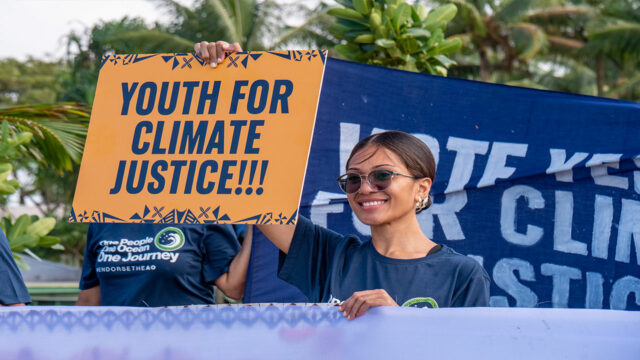 Last year, Vanuatu announced its intention to seek an advisory opinion from the International Court of Justice, the world’s highest court, on the rights of present and future generations to be protected from climate change.

See also  Safety of the vulnerable critical during disaster 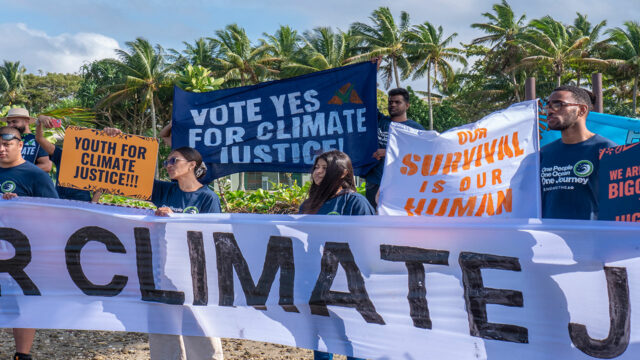